Find out more in the video below 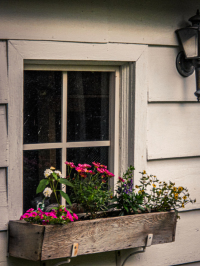 St. Clare Inn is a transitional housing project that offers accommodation to homeless women between the ages of 30-60 who are struggling with a diagnosed mental health issue.

We offer temporary residence for a period of up to one year. St. Clare Inn is a non-denominational home-like setting where the focus is on re-building lives and self-esteem.

A spirit of hospitality and community are an integral part of life at St. Clare Inn which is guided by the following principles:

Every effort is made to create regular routines and establish some semblance of a normal daily life at the Inn. For most of our residents, however, their previous lives were anything but normal. Each woman will develop a plan based on her unique needs and circumstances with the help of her support worker. We encourage each woman to set goals which will help to evaluate her progress and determine the length of her stay. Residents are expected to attend appointments with professionals and participate in the support groups necessary for their care.

All residents take part in the daily care of their personal space and the general care of the Inn. Women come together to prepare and share dinner each day. This provides an opportunity to develop and rebuild independence and social skills.

The Inn is a smoke-free environment and the consumption of alcohol or illegal substances is not allowed. Violence towards self, other residents or staff is not acceptable.

When a woman is ready to leave St. Clare Inn, we will help her to find permanent affordable housing to ensure that she maintains a stable living environment and there is a smooth transition. We believe that an essential part of recovery is finding a home.

Linda's story begins where it ends, on the North York streets that became her home after the unrelenting voices in her head—the product of her paranoid schizophrenia—would not let her rest. Linda, age 40ish, found herself alone, with only her 'voices' for company. She roamed the streets and spent her nights sleeping in various bus shelters and gas stations in the streets from Lawrence to York Mills, and from Don Mills to Yonge St. Often she slept on 'her' bench at the corner of Leslie and Lawrence near St. Bonaventure Church. The neighbourhood seemed safe and most people were kind—many pressing $20 bills or food into her hand. However, a small group of vocal citizens complained about her presence so much that the bench was eventually removed one winter—although it has since been reinstated as a tribute to Linda's life.

The removal of 'her' bench migrated Linda to a new resting place in the washroom of a gas station at Yonge and York Mills, where she died from a heart attack in the early morning of September 28. Her only belongings were the purple track suit she was wearing, along with a sleeping bag and coat. Around her neck she wore a string of 'keys'—the purpose unknown to this very day—and perhaps a metaphor for the mysteries of her life which remain locked.

Although Linda came from a family of 12 siblings and had three daughters of her own, she was classified as NFA (No Fixed Address) in the police files. Although she was often known as Connie or Shane or simply the Bag Lady, early photos and family memories show a happy woman with a love for life.

Linda's story is not atypical. Her early years as a joyful and loving mother changed dramatically to unhappiness as she began to hear 'voices' talking to her, and as she was eventually diagnosed with paranoid schizophrenia. Although her family and social workers repeatedly tried to help her, she eventually disappeared from the health care system until she was found—too late to be helped.

But here is the turning point. Linda's social worker said this: "Although Linda was a very powerless person in life, in death she may become very powerful." Linda's legacy as a catalyst for St. Clare Inn proves that her death was not in vain, and that through her suffering and pain she in fact has created new hope and new possibilities for other women with a similar story.